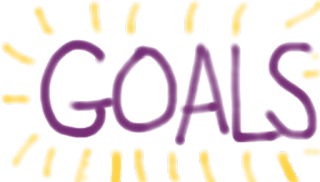 So... I set some lofty goals at the beginning of the year (I still don't really want to call them resolutions... resolutions too often get broken. So... I set goals. I just happened to set them on Jan. 1st)
How am I doing?
Let's take a look.

1. Be active everyday - at least do something! I'm good about being active during the week and hitting the gym - the weekends, not so much. I'd like to change that.
This month started out really rough, what with M being in the hospital and all, and then not being able to be left home alone.  I did the best I could, but wasn't as active as I would have liked. Take a look

4. Finish my prayer shawl for St. Mary's Hospital
Finished in April during my spring break - it's huge! 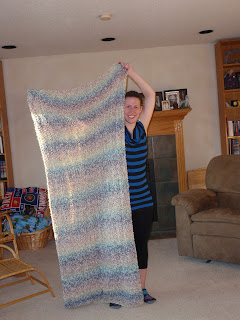 6. Finish one of my other UFO knitting projects
Didn't happen

7. Take two masters classes - I am very unmotivated about working towards my master's but I know I should be taking advantage of the tuition reimbursement at Connections Academy
This one may not happen. I didn't register for the class to start in March. I'm not motivated to take the class and worried about overbooking myself. I value the little free time that I do have!

8. Visit one new city or state
Done in Feb. during my honeymoon. I was in Ft. Lauderdale, San Juan Puerto Rico, St. Thomas USVI, and Half Moon Cay.

9. Be a better wife (I know, it's vague), but somedays I don't feel like I do that well in this area. Maybe I'm still getting the hang of it since I've only been married 2 1/2 months.
I was a good wife and took care of M when he was released from the hospital, even though I felt like I had suddenly become the mother of a teenage son (no thanks!).  It was a rough few weeks for sure, but I tried really hard to help M get better.

10. Be kinder to myself. M keeps telling me that I'm too hard on myself and need to relax some and be nicer to myself and everything will be ok. We both know that being kind to yourself can be tough, but I want to try to make some improvements in this area.
I made it through being with Matt in the hospital, thank goodness.  I was able to hold it together during that time.  Everyone tell me I did a really good job with this, I'm not so sure, but I'm still standing now at the end of the month, so I guess I did alright.
Tweet

How to find me!

How to keep in touch