As I mentioned earlier this week, my brother is getting married at the end of this week - such excitement!  Of course, we had to celebrate welcoming my brother's fiance into our family.  I'm so excited to be gaining a sister.  It's always been just my brother and I, it's nice to see our family growing a bit as we get married.  To celebrate the upcoming wedding, I offered to host a shower for my side of the family.  I had lots of fun putting my Silhouette to use (and some of my new found Royal Icing skills!)

Invitations
First off, I made the shower invitations.  I looked at hundreds (ok maybe not hundreds, but it seemed like it) of ideas on Pinterest.  And then I ran out of time, lol, and needed something relatively simple.  This idea fit the bill for the most part.  I used a dress card from the Silhouette store, but cut it in half.
First I wrote out my text in Microsoft word so I could use the spell check.  Then I transferred my text and placed a text box inside the dress shape in Silhouette Studio. Next i used the print and cut feature (my first time!), to cut out two dresses per sheet of paper.  I cut the top half of the dress out of a pretty silver paper and glued that on top of the dress with the text.  Then I used a hot glue gun to glue the tulle over the top, an finally added a blue bow (to hide my glue marks!). 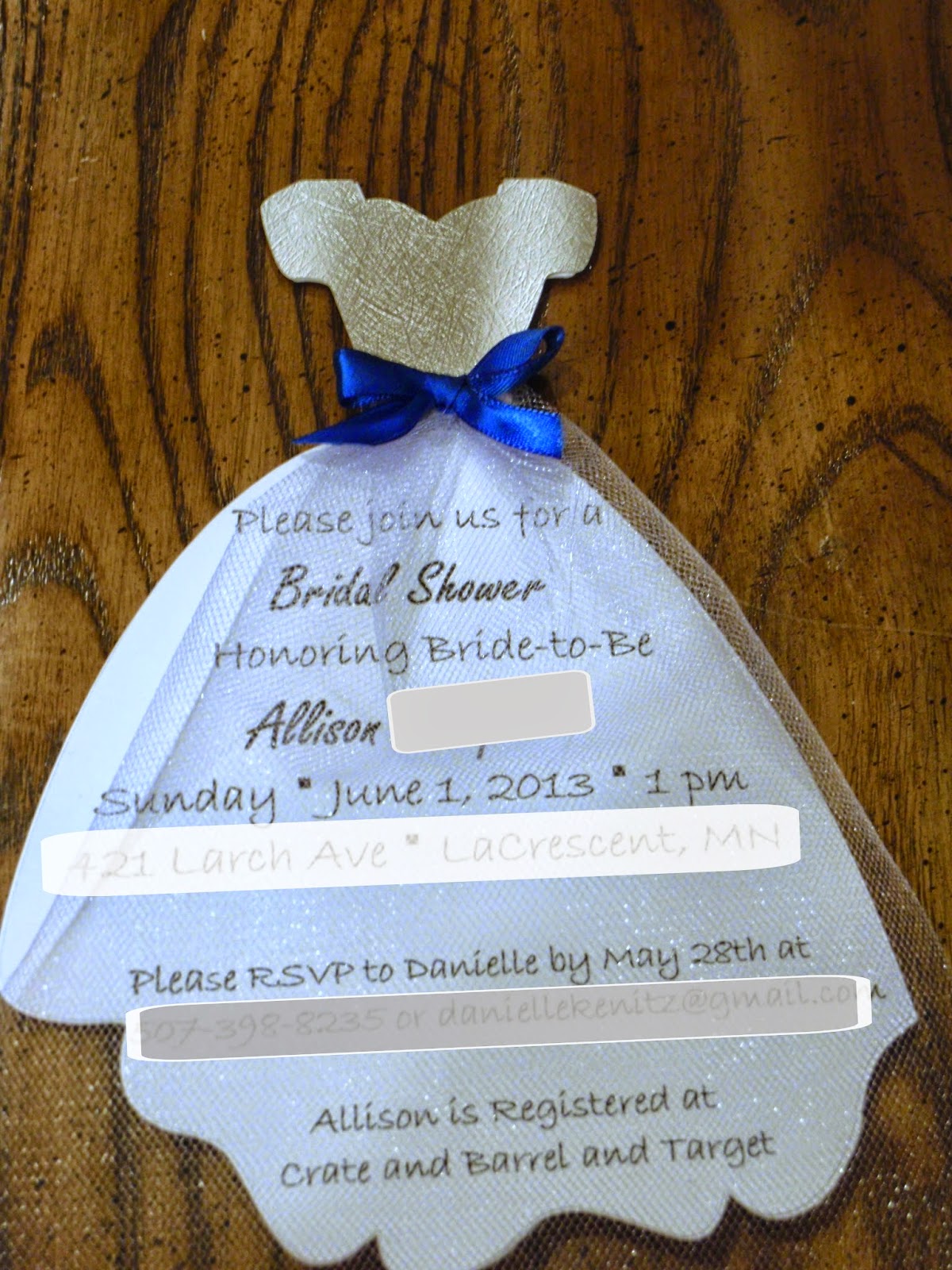 Other than the fact that neither my mom or I caught the fact that I wrote down 2013 instead of 2014, I was really really happy with how these turned out :)

So once the invitations were out, I needed to come up with a gift for the lucky bride to be.  I wanted to come up with something small, but useful for my future sister in law.  Keeping with her wedding theme of blue and sliver, I made her some blue dishcloths (because I make a pair for every bridal shower I'm invited to), and then I decided to make some thank you notes to match the invitations.  When my aunt threw a shower for me when I was engaged, she gave me a set of thank you notes that matched the invitations that had been sent out.  I found it to be a very thoughtful gift and it made it very easy to quickly write my thanks yous after the shower.  Since this was my first time hosting a shower on my own, I wanted to do the same thing for my future sister-in-law. 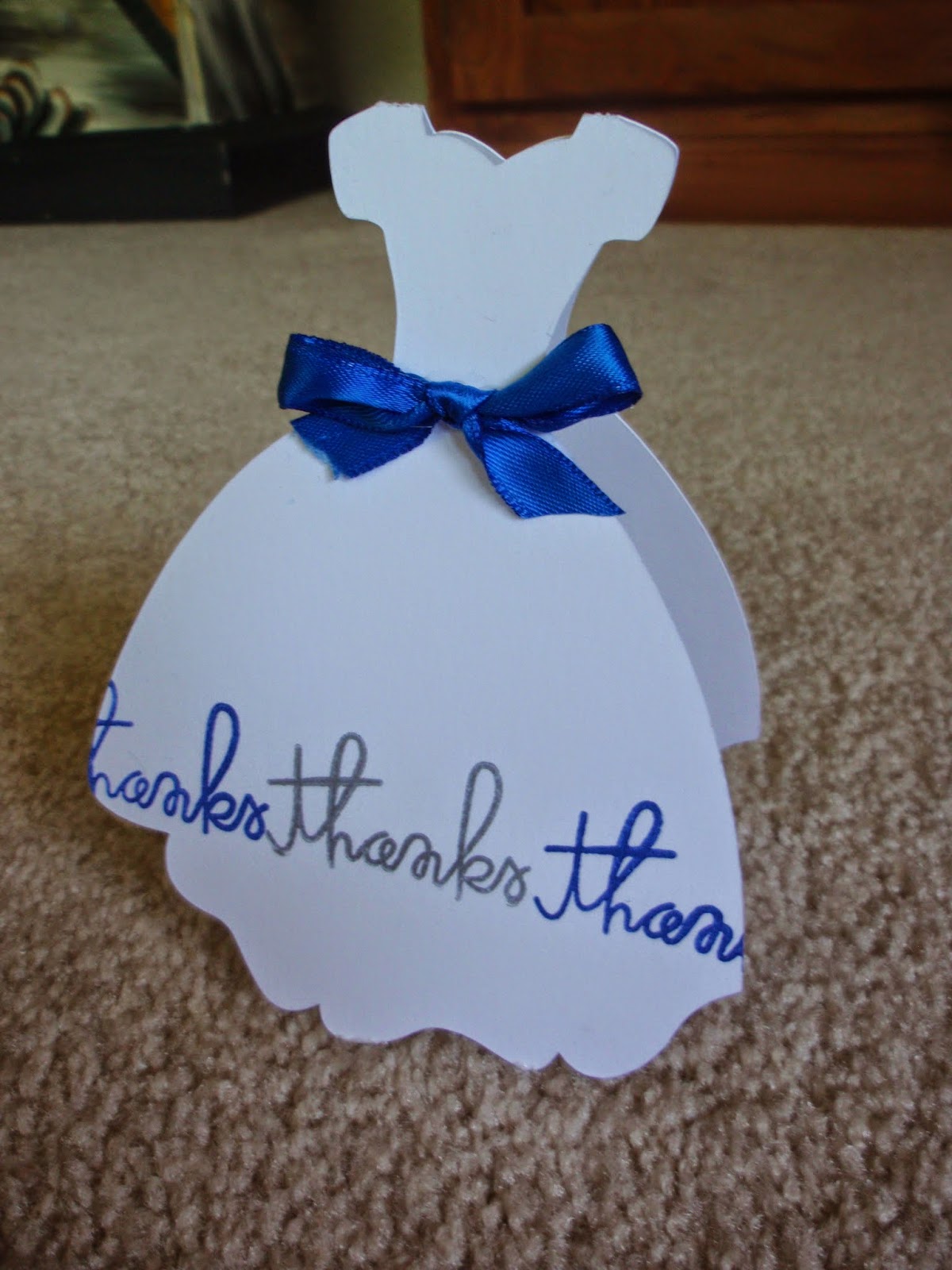 I used the same dress card pattern as I did for the invitations, but added blue ribbons and a thanks stamp from Paper Smooches.

Dessert
I made a simple meal for lunch during the shower, but I wanted to go a little bit fancier for dessert.  After checking with the bride to be, I learned that she preferred cookies over cake (which was just fine with me).  This gave me another chance to practice my royal icing skills.  I found a dress cookie cutter at Williams Sonama and decided to make hearts for something a little smaller (and simpler!).  The cookies were definitely a big hit with my guests!  I put their initials on the hearts and created white dresses with blue sashes and bows. 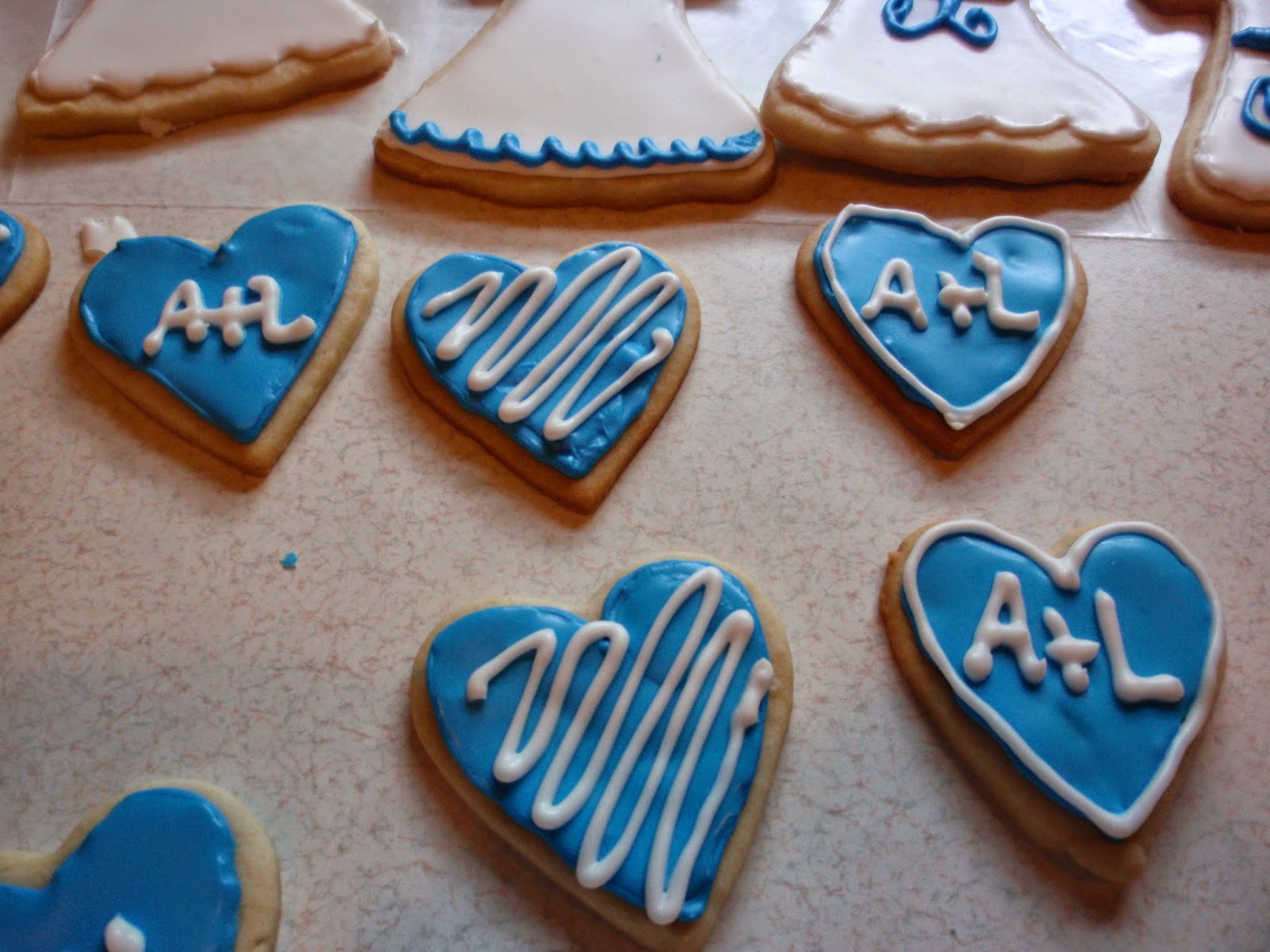 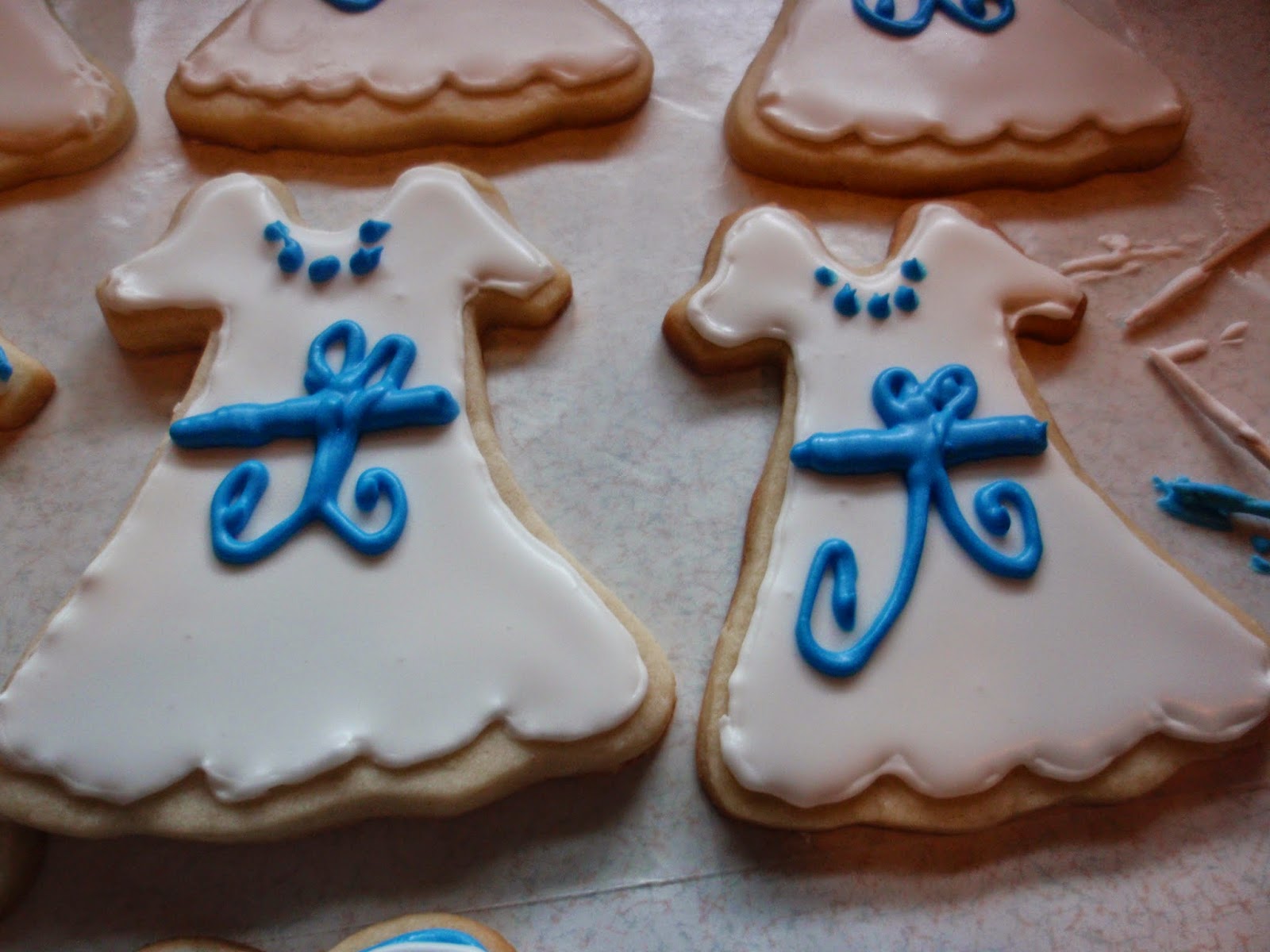 Now to prep desserts for the grooms dinner and pack for a weekend full of fun!
Have a great day!

Linking up at some of these great parties!

How to find me!

How to keep in touch